Home Israel Day 8: The City of David and Jerusalem 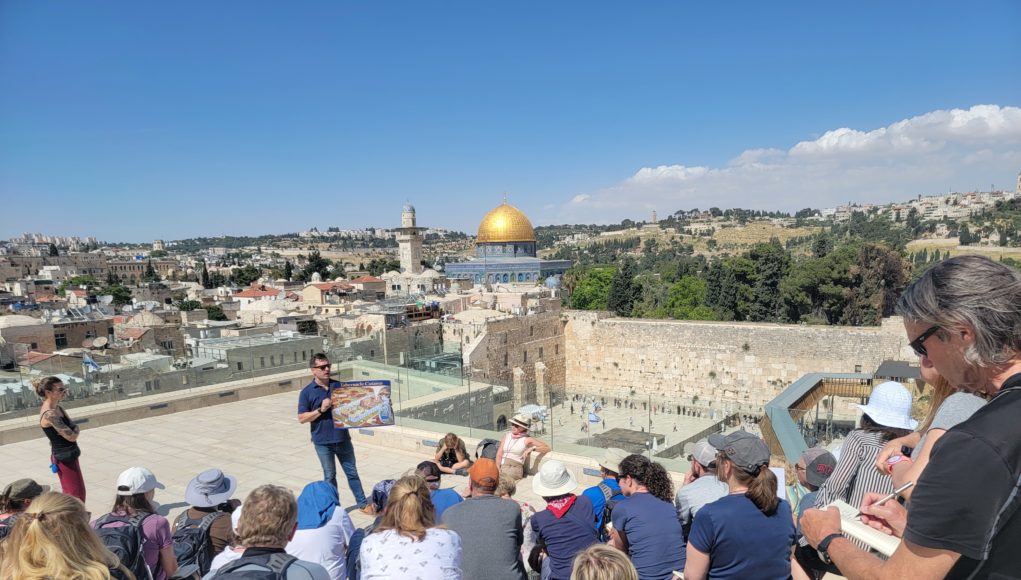 The City of David! Not to be confused with the “old city” of Jerusalem that you can see with Temple Mount, The Western wall, etc…The City of David was built on the southern (tongue-shaped) portion situated between the Kidron & Tyropaean valleys. Just in the last 5-10 years archaeologists have uncovered an extensive portion of the city that was previously hidden under new layers of occupation. Under King David’s rule, the City of David (Jerusalem) became the capital of the united kingdom of Israel. Stone carvings that have been uncovered reveal the truth of 2 Samuel 5:11 where “King Hiram of Tyre sent messengers to David, along with cedar timber and carpenters and stonemasons, and they built David a palace.” From the City of David, you can enter Hezekiah’s Tunnel, which is the water system dug under the city to bring water in and ends at the Pool of Siloam. Even in Jesus’s time, He sent the blind man, whom He had healed, to the Pool of Siloam to wash his eyes and regain his sight. (John 9:1-12)

The Davidson Center is an archaeological park near the Western Wall and Old City of Jerusalem that has finds dating back to the 1st and 2nd temple period. Ancient baths, temple stairs, stores and streets can be seen in this area. It’s also near the “Southern Steps” where Jesus was known to have taught.

On the opposite side of Temple Mount is the Pool of Bethesda, near the Sheep Gate, also called the “Sheep Pool.” This place had twin pools where the bling, lame, and paralyzed went to be healed. In John 5, Jesus healed a man who had been ill for 38 years. Of course, this miracle happened on the Sabbath, and the Jewish leaders objected to the work Christ was doing.